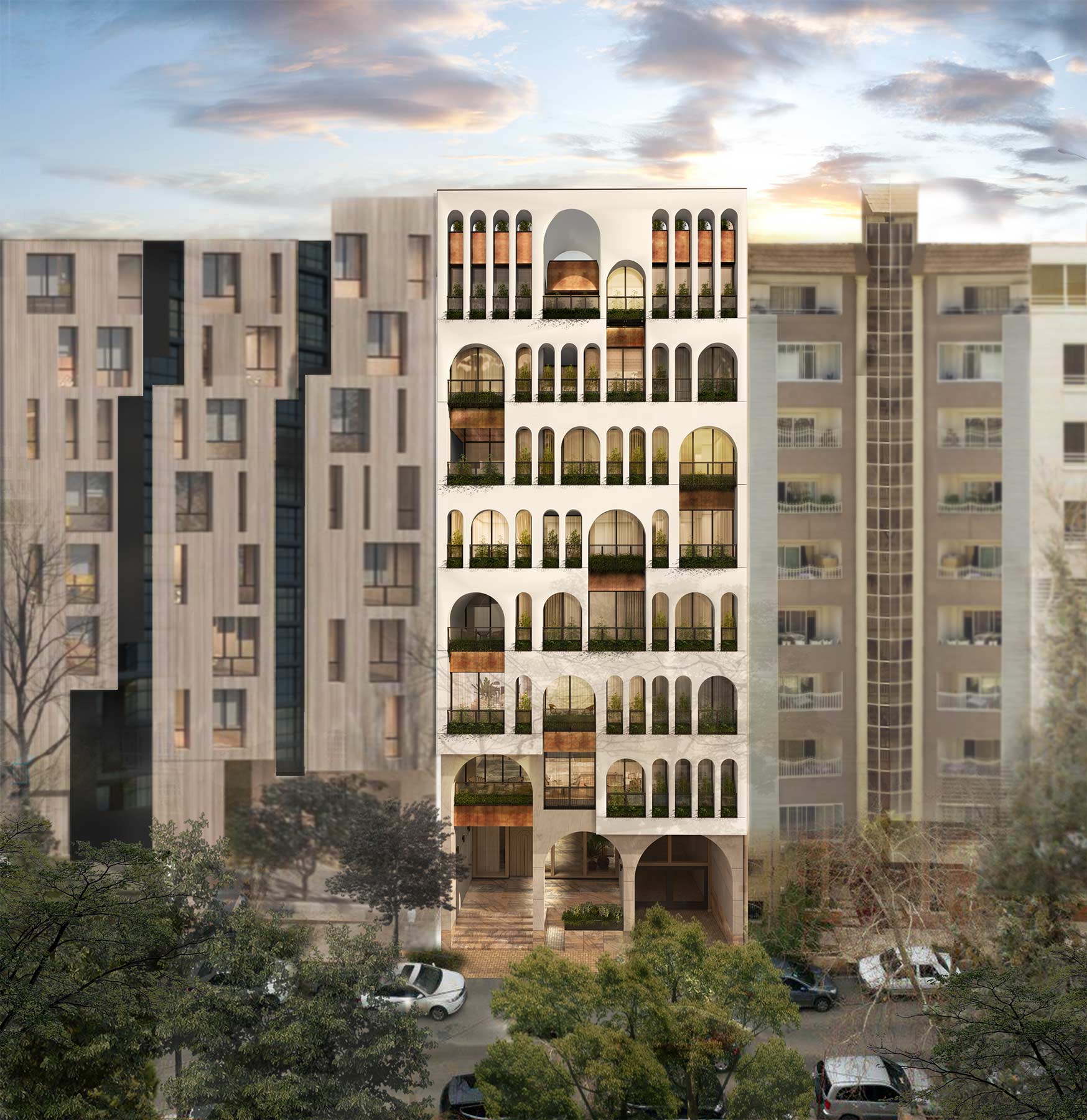 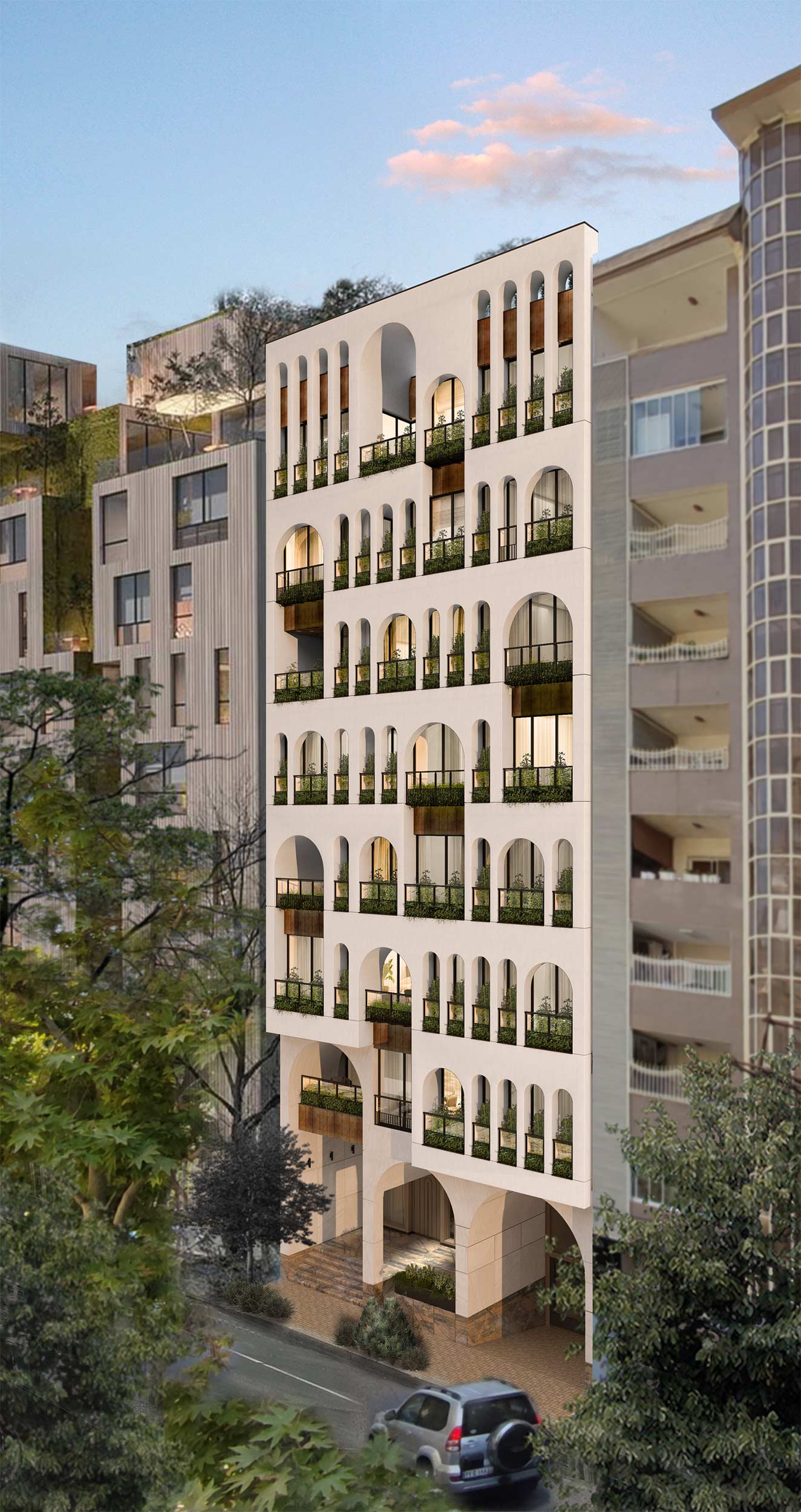 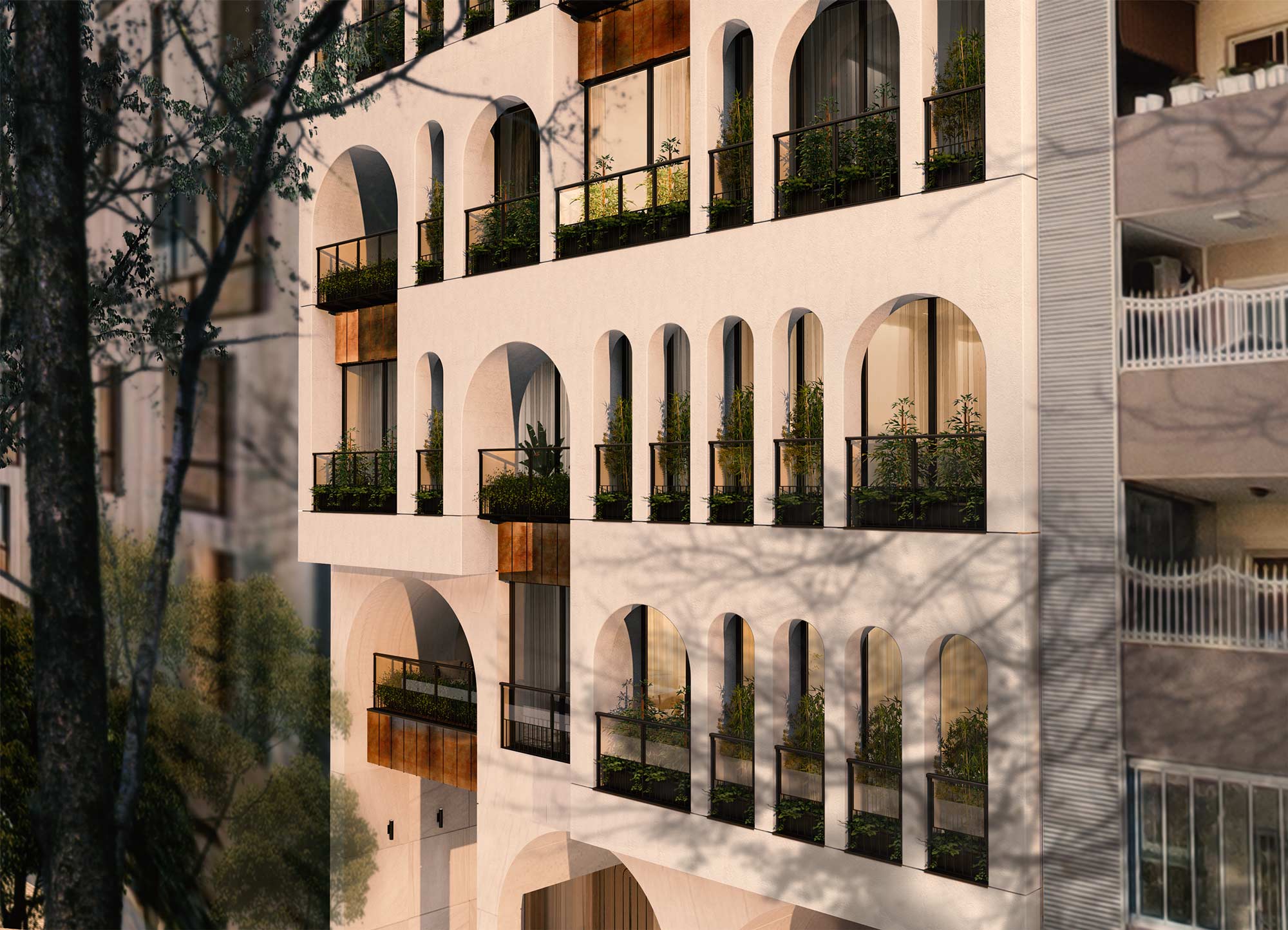 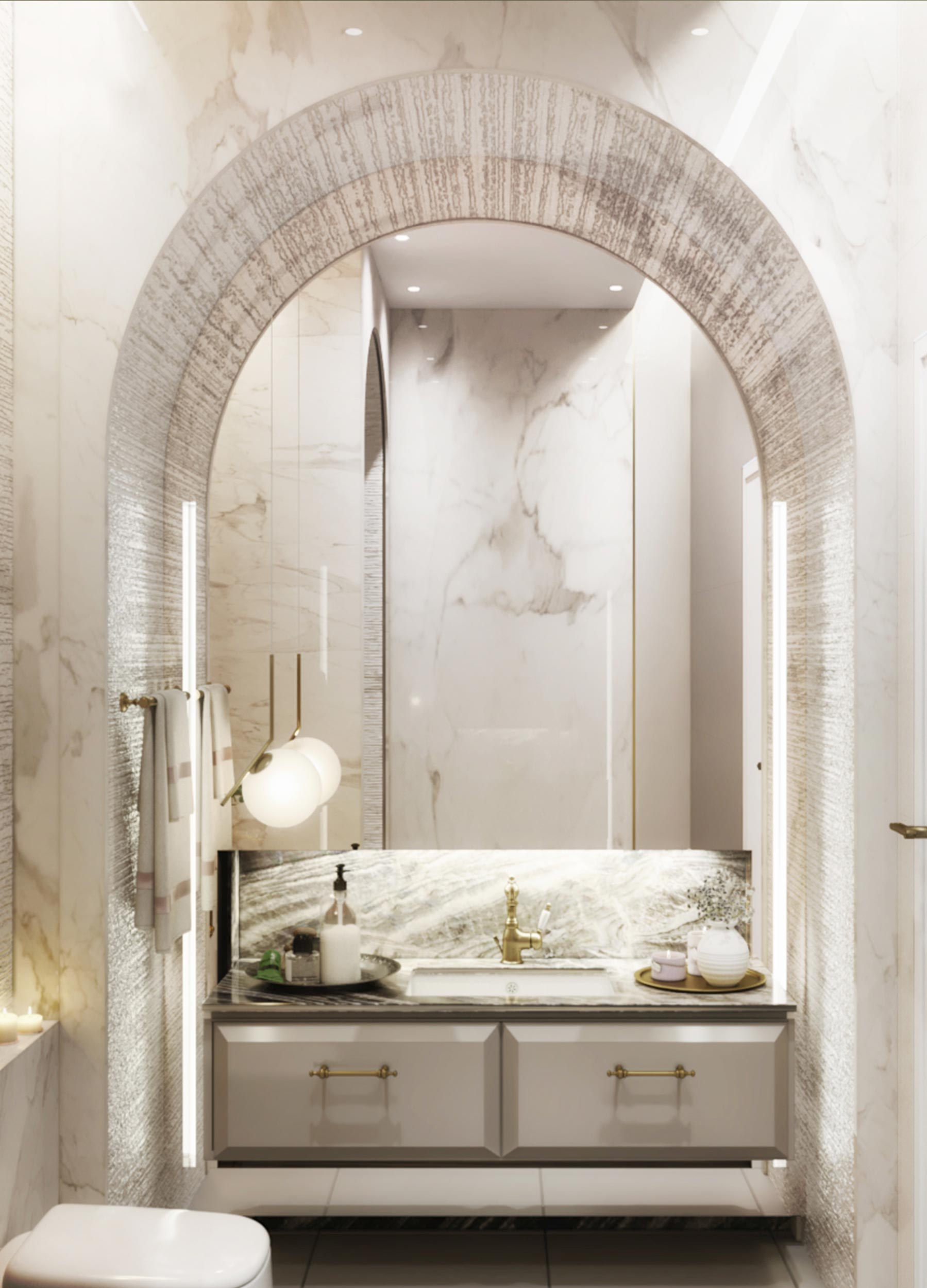 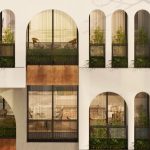 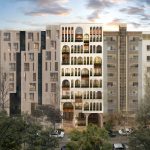 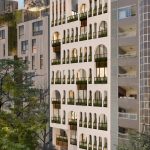 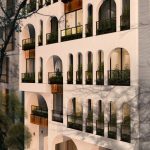 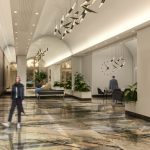 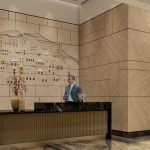 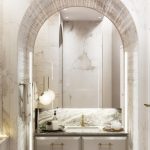 Morvarid Golbam residential building, located on Morvarid street in Saadat abad, built on a 960 square meter land, is a 7-story building on the ground and has 3 undergrounds, containing parking spaces, a pool, a gym, and some other facilities.

Façade and floors plans are designed in a way that the variety and rhythm of the arcs in the second layer of the façade completely match the organization of interior spaces and the other way around. Therefore, none of the apartments on the main side of the building (north side) are typical, although in odd or even levels the location of kitchens and sittings are approximately the same.

There are some double-height arcs on the façade which cause some discontinuing in floors’ silhouettes.

Vast balconies and corner windows enrich the quality of flats.

Southern apartments are bigger, and unlike northern ones, typical; except in suspended ceiling design of the master bedrooms, matching the arcs of the façade has become various.

The general modern spirit of the façade, with the simple cement material and copper plates, flows inside with a simple design of ceilings and floorings and other elements of the building. Besides, the application of the arcs in the ceiling of main semipublic spaces, like the main lobby and the hallways, boosts the unity of the design language in the whole building, whether the façade or the interior space.